milo+nicki: How a sustainable fashion line came to be

It’s always interesting and refreshing to learn about a founder’s journey and where their business idea came from — it’s one of the main reasons Movers + Makers was formed in the first place! While some entrepreneurs have a very organic path towards entrepreneurship, there are some whose business idea was sparked from a less expected place.

This is the case for Nicki Patel, founder of the sustainable fashion line milo+nicki. After going through a challenging personal journey of her own, Nicki found herself in a place where she wanted to empower women to conquer their fears, take a leap of faith and never give up on themselves.

Below, she shares with us her experiences and how they led to the founding of milo+nicki.

started from the bottom now we here

Our journey started in 2008. I saw this adorable pup in a field of green grass, fenced off with scattered blue kiddie pools full of tumbling puppies barely 6 weeks old. It was a hot, Texas summer day, and the sun was as bright as it could be. While all the pups ran and tumbled having fun in the water, one stud was all alone relaxing and snoozing under a tree in the shade. When I saw him, I knew he was different, and I knew he was the one.

My sister and I rescued him on August 3, 2008. His name is Milo. I will never forget that day because it forever changed my life. It was a new life in our family, specifically mine. It was his energy, his uncontrollable love, and his adorable personality. He left a print — a paw print that is forever imprinted on my heart.

Living in Austin was a whirlwind of long hikes on beautiful trails with winding springs and paths, but the beauty was limited to nature’s escape. As Milo grew, so did the world around him. He was attacked by a few and abused by many. It turned his love into defense and his energy into anxiety. It was devastating and there was no path for return as the world he lived in seemed to grow scarier and smaller. We tried training, medications, and even reached out to behavioral specialists all over the country. This was the new Milo, and there was no return.

As we grew, we grew together. He learned his fears, and I learned mine. I grew ill, and he followed close behind. It was as if our paths were meant to cross and intertwine. I feel responsible for pieces of his life. The attacks and abuse he has faced are my own. I wish I could take it away from him, and take him back to 2008, but they are as much a part of his identity as they are mine.

no room for defeat

We moved and hustled as life continued to pass us by. Then there was a break. Milo moved home, back to my parent’s home. He had a house, a backyard, a place to call his own. It was a sanctuary where no fear or anxiety existed.

As I worked away, he grew stronger, healthier, and happier. But then we hit a stump — it is called 2014. The year we both hit a wall. My sister moved away and Milo severed the side of his stomach with a loose nail while running in the backyard. It cost him close to 6 months, 50+ stitches, and a deep dose of painful western medicine to ward off all infections. He trotted along and kept on with his silly and innocently happy personality while it consumed my sister and me completely with grief and helplessness.

With his injury came my own. I tried to trot alongside him, but mine wasn’t something that could be fixed with stitches. It was something deep and internal that only time had allowed to surface. It came down to 6 months of medications, tests, treatments, the full 9-yards. But no answer. I tried diets, restrictions, and changes in lifestyle and finally found a way back to a ‘normal’. I guess it came too soon.

Our home was burglarized. The home we called a sanctuary, our new safe haven, was robbed on my first day of my new job. I was scared, panicked, and pushed beyond any measure I had ever experienced in my life. Milo was home, is he okay? Did they hurt him? Did he bite anyone? Did they traumatize him? What did they do to him?

I felt a deep burning and knotting in my gut as I drove closer each mile. The twisting and knotting turned to anger and rage, then to tears and fear. I didn’t know what was going on and had no confirmation on where Milo was. Even in that moment, I knew I was never going to be the person I was before I started driving, the person I was at lunchtime or in the morning when I left and kissed him goodbye. I also knew the pain I was feeling was a piece of me leaving. It was a piece of trust, certainty, and joy that I had taken for granted. It was something that was leaving because of the pain the world was giving me. I prayed, and I hoped.

As I ran through the front door, I could feel my heart in my throat, and my eyes full of tears. I didn’t feel anything, not the pain, not the fear, not the sadness, I was completely numb. I just ran up the stairs, past the officers, until I came to the door and saw that frightened face and shaking body. I held on and never wanted to let go.

As the investigation moved along, no answer in sight and no justice to be served, we felt no relief. I realized it was going to be our, Milo and my, job to move on.

We still haven’t received a response, update, or any sort of assurance from our local PD. It will forever remain an unsolved case, similar to the one Milo and I live by on a day-to-day. But, this trauma left both of our health in shambles.

His fear grew, as did mine. I feared leaving him, someone returning, something happening to the people I loved. My health got worse. The specialist and doctors had no answer to my symptoms. They were blinded by the definitions and books of common medicine that clearly aligned symptoms with diseases and illnesses. I knew and told them it wasn’t medicine that I needed, it was safety, it was security, and it was the fear that had consumed and wrecked havoc on my body. No one heard my voice. I was in fact told that I was making up my symptoms.

With 20 pounds, 2 years, and no diagnosis, I became my own cure. My medicine was the courage of my pup, the strength of my family, and the love of those around me that gave me the safety I lacked in my haven. I changed my diet, became more aware of what I was putting into my body, began running and meditating every day, and used prayer to guide me the rest of the way.

I finally found a cure, and it wasn’t in tablet form. It was from within and from what I felt from what was around me. At this moment of truth, I also learned that my health was being challenged by my career. I realized quickly that my dedication and determination for giving my career my all was not valued. As I struggled to fight for my health while maintaining a 15+ hour work day, my employer gave me an ultimatum to choose career over health, and I knew it was a sign. I left my full-time career to rebuild my health and find purpose.

I learned that as important as it was to heal my internal, I discovered it was just as important to re-evaluate what I put against my external. With this self-discovery and new foundation for my health, I found my purpose. I wanted to empower and inspire other women to fight for themselves, to conquer their fears, take a leap of faith and never give up on themselves no matter what the odds. I combined my passion for sustainability, clean living, and health with a new understanding of fashion to create a brand that is an embodiment for female empowerment and doing good, looking good, and feeling good.

With passion and purpose, I found my voice. As a fashion contributor for MOCHNI.COM and my own personal blog, I am able to share our story and help other women find purpose in their everyday.

Our story, the milo+nicki story, is just getting started. milo+nicki will always be about the journey, and never about the destination. We hope through our cruelty-free, ethically designed sustainable womenswear we will empower the ever-evolving woman to conquer her fears, take a leap of faith, never give up on herself, and live a life of color. 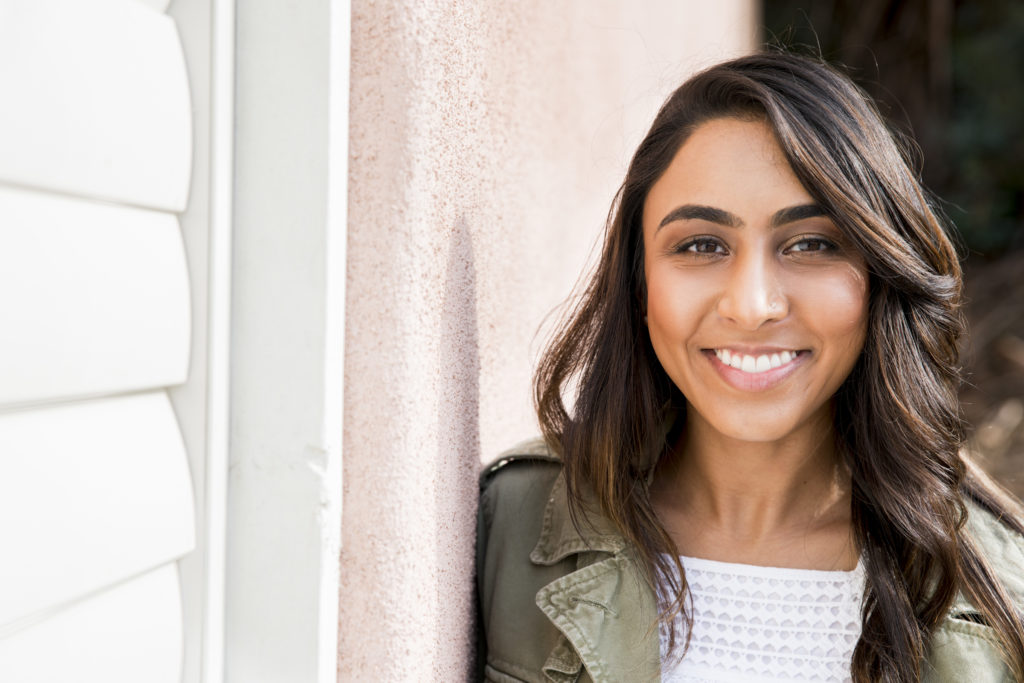 Nicki Patel is the founder of milo+nicki, a cruelty-free, ethically-designed sustainable womenswear line designed to empower the ever-evolving woman through the vibrant colors of her culture, traditions, and life experiences. She is also a personal stylist, an avid runner, and fashion contributor to MOCHNI.com. She advocates for gender equality, sustainable living, and animal rights through conscious design that is biodegradable, sustainable, ethical, fair-trade, vegan and cruelty-free, all handmade in USA. She believes that women can do it all so why can’t the clothing they wear?

Find the most recent collection, the ultimate vacay capsule on www.milonicki.com.