Christie Zangrilli of Party at the Moontower talks design + entrepreneurship 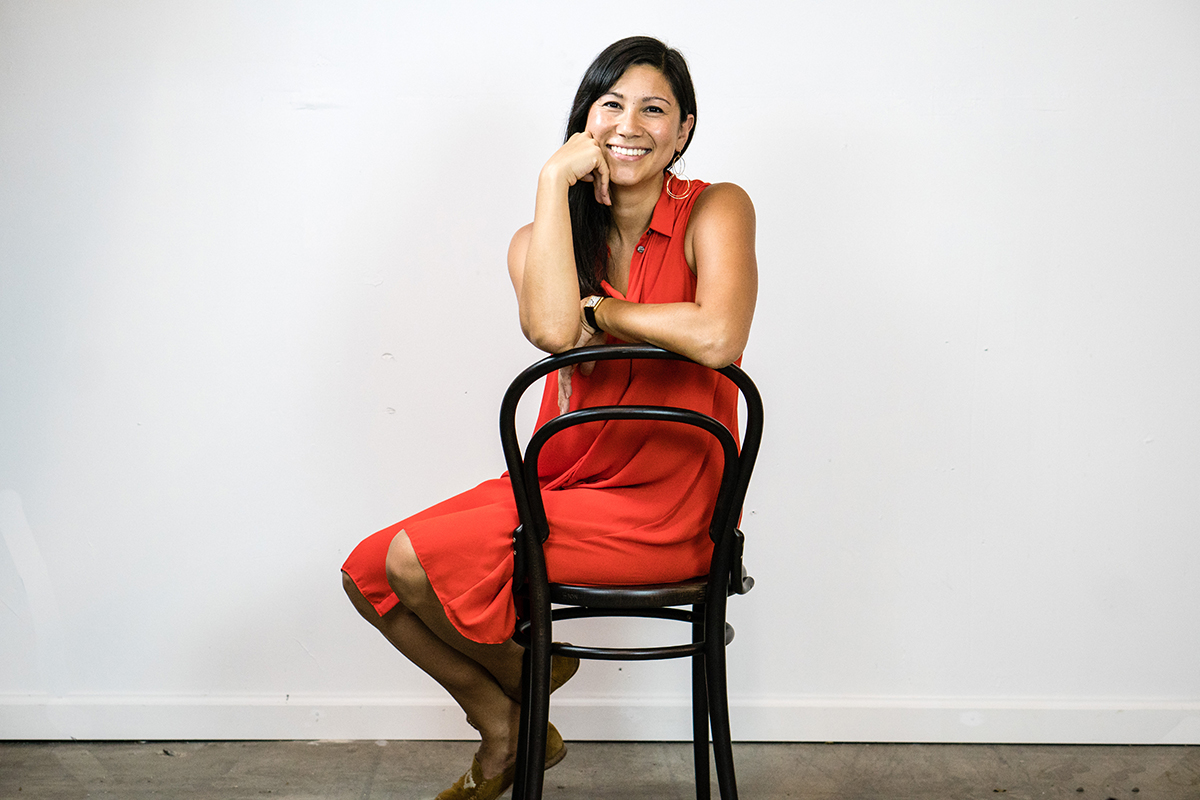 Meet the woman who puts the fun in fu(r)niture rentals.

Back in 2012 when Christie was looking for event design inspiration for her wedding, her and her good friend, Tenaya came across a furniture rental company based out of LA. Realizing there was nothing like it in Austin at the time, the two began dreaming up an event rental business of their own and just like that, the seed for Party at the Moontower was planted. A business plan was created and a few years, a couple weddings, two babies, and an investor later, Party at the Moontower officially launched in October 2016. “It wasn’t maybe the best timing ever, but there’s never really a good time.”

The design-forward event rental company is co-owned by Christie, alongside Tenaya Hills, the Design Director at Bunkhouse and Jenn Skillman, an interior designer. “I think we’re the textbook example of working, modern women.”

Below, Christie shares more about her background with design, what working with Create + Cultivate was like, and where she goes for inspiration.

Tell me about your background.

I went to school for undergrad at NYU for graphic communications. My mom is a graphic designer and I come from sort of an entrepreneurial background and I watched her do design in the studio in our backyard growing up. It was a natural fit for me to go into that. At first I thought I wanted to do marketing, like more of the numbers side — but no, the creative side is where I need to be. So I graduated from school and pursued graphic design for three years in New York and then I came to UT to get my MFA in Design.

In grad school my thesis was looking into experiential design. My parents were in the restaurant business, so growing up my mom used to do design for my dad who ran the businesses. I’ve always been in and around spaces that were designed as different. And also being in New York for school, I witnessed restaurants opening and closing all the time and how one restaurant would be really popular and it would be right next to another one that couldn’t stay open and would turnover a lot. So there had to be something — what was the thing that was making that one restaurant successful? I really sort of boiled it down to the fact that there’s an experiential component to dining in a restaurant space. I’ve always been interested in that experience.

What were you doing right before starting Party at the Moontower?

I picked up my freelance design practice right after school and I have my own design studio. It’s called Field Trip Creative and we specialize in branding and web design, and I actually still have it. So I guess I have two businesses at this point. I really like it but I’ve never really had the ambition to grow it into something that was a big company with a lot of employees. You’re often in your own bubble, and I had the craving to just do something outside the digital sphere. While graphic design is fulfilling and I love that aspect, I’ve always craved to do something that was a little bit more in the environment; having to deal with spaces and shaping them.

“It wasn’t maybe the best timing ever, but there’s never really a good time.”

What has been the most unexpected part about having your own business so far?

Since I’ve been a business owner before, I’ve learned a lot throughout the years but it’s been surprising that it’s easy to forget the lessons you’ve learned along the way. It takes time for people to get to know you and to realize that you’re out there. You’ve been stewing on this idea forever so you open your doors and think people are just gonna come clamoring.

But I think a lesson learned from my previous business is that it just takes time to build a customer base, to get your name out there and to build relationships. It will come and you just have to be patient. I have days where I feel so frustrated and then I have to remember — oh wait! I know this lesson. I’ve done this before, why am I not remembering it? It’s just surprising that things are always feeling new but I have to just calm down for a second and go back to the touchstones of lessons learned before.

Party at the Moontower did a setup for the Create + Cultivate SXSW event. How fun! What was that like?

There were a couple sections of C+C and we did the entire VIP house. So it was a bunch of lounge areas inside and some other little vignettes. It was fun because that’s where all of the speakers got ready and got to hang out, and they sort of had a pre-panel area where they were interviewing them. We got some cool pictures; Kristen Bell was their keynote so we have a picture of her on our couch and we’re like, ‘Woo! Kristen Bell’s butt was on our couch!’ 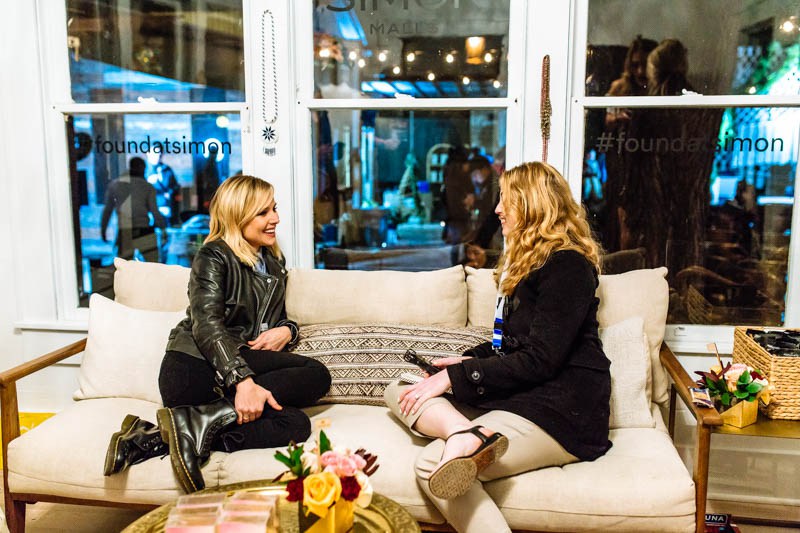 Has that been a major milestone for Party at the Moontower so far?

Yes! That was an awesome little surprise. The funny thing about that is…in trying to solicit more SXSW business, we were reaching out to people who we saw were throwing parties and thought would be a good fit and were like, ‘Hey! We see you’re throwing parties, if you need rentals let us know.’ We actually reached out to them and she responded within like 5-10 minutes and said ‘We were JUST emailing you, we found you via Instagram.’ It was a perfect fit. And it was flattering that they were also looking at us. So I do think that was a milestone, in that a national brand that we really respected actually sought us out, or at least saw us and really liked what we were doing. It’s really nice to get that kind of confirmation.

How would you describe your brand’s style?

Our tagline is design-forward event rental furniture and decor. We played with that because we didn’t want to say non-vintage. There are pieces here that are vintage that we like, and we didn’t want to say ‘modern’ because modern is too specific also. We also like to say that we’re “Austin modern” which I feel is modern, with warmth and a little bit of eclecticism. But at the end of the day when we were thinking about who we wanted to be and why we were doing this, it was because all of us had a genuine interest in design.

We come from design backgrounds, and while we’re not furniture designers necessarily we just care about well-designed objects and how they have a place in this world, not just for the aesthetic benefits but the functionality of a well-designed chair or table. We wanted to champion the design aspect. Fun is another word. Pieces that we think are fun because that’s what parties are supposed to be about. 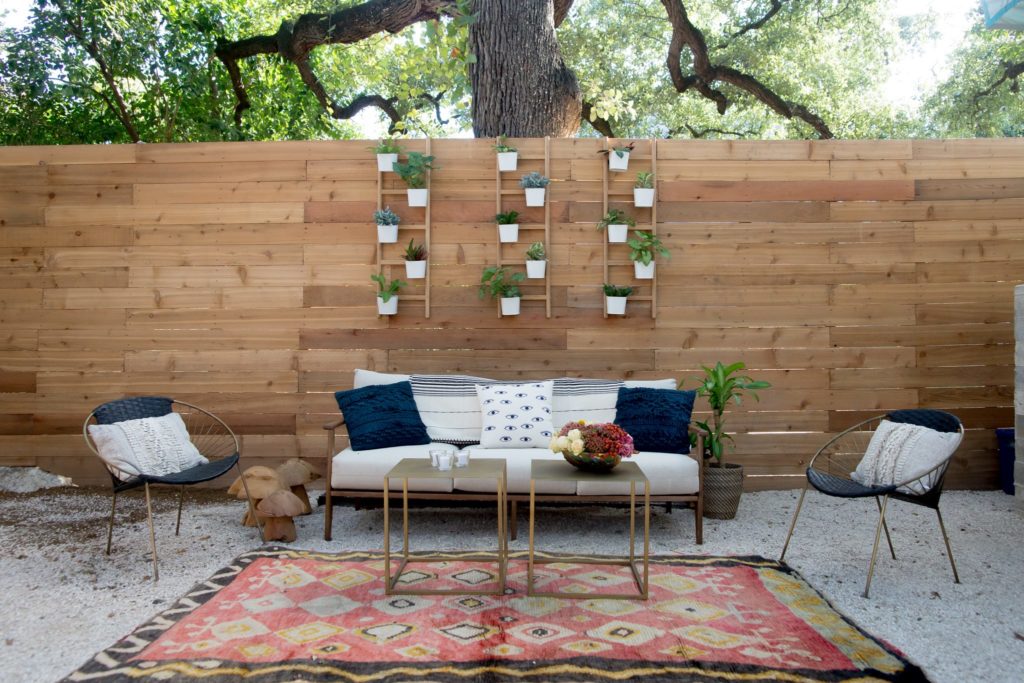 Where do you go for inspiration?

I guess I’m always inspired by hospitality settings. I have the restaurant background with my family and because of that I’ve always been super obsessed with going out to restaurants. Restaurants I think are really creative spaces. People are allowed to do things there that you wouldn’t see in an office building or some place like that.

And we’re always looking online now for new inventory, so we’re on Pinterest a lot; we’re on Instagram and just kind of seeing what people are coming up with. And then with my graphic design background, there’s a lot of inspiration to be pulled from visual branding. I find inspiration in all areas of design. That and travel.

What’s your favorite thing to do in Austin after a long week?

Well now that I have a baby, it’s limiting in some ways and really freeing in other ways. It’s almost freeing to have some parameters of what you can and can’t do. Now that it’s summer, I would definitely say the pool. We go to Deep Eddy a lot, and we actually just joined the Y. Their pools are like resort children’s pools. It’s like a mini Schlitterbahn.

How do you see Party at the Moontower growing over the next five years?

We do have a larger picture in mind. I didn’t start this business to rent chairs for the next ten years. I think we’re already starting to grow in areas of being able to provide more design services for people. An obvious next step is to integrate event branding into what we do because I’ve done so much of it in my other business, and that seems like a pretty simple thing to integrate. Also being able to design our own stuff — our own furniture, maybe our own accent pieces. 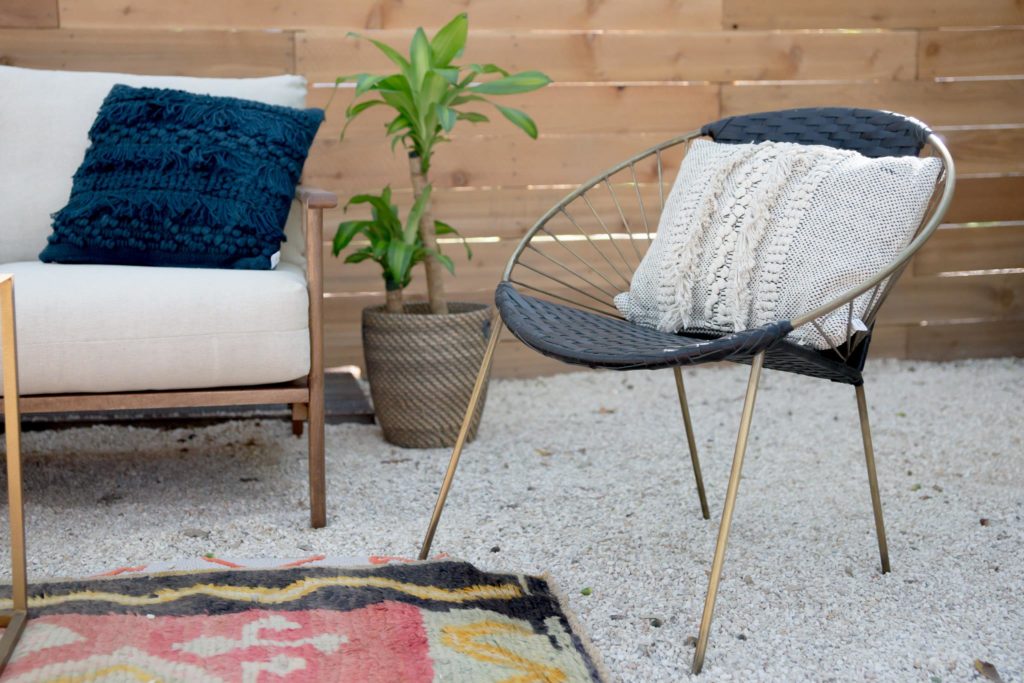 We’re also starting to get into home staging. It’s obviously rentals too but it’s a little bit of a different model. I see this business having lots of legs in terms of the different creative outlets it can provide over the years. We’re not just in it to be a furniture rental company. We’re learning the ins and outs and trying to be the best furniture rental company first and foremost, and we have a lot to learn and we’re loving it so far. But in the long term, we wanna be a little more all-encompassing; more of a lifestyle brand versus just rentals. And hopefully that brings value to what we’re offering over our competition.